a year ago by Deborah Carver — 5 min read

A eulogy for Evernote

Poor Evernote, an app I had such fondness for ten years ago, died a slow death of annoyance and declining functionality. In its early days, bolstered by VC money, big product dreams, and mobile hype, Evernote was an easy-to-use note-taking app that synced easily between my phone and computer. And I loved it. For years, it was a reliable digital notebook. I had a premium subscription and even owned their stylus, back when I still used my tablet.

But Evernote's growth strategy did not fit my notes approach. All I wanted was a blank sheet of digital paper to scribble my notes on. Evernote wanted a different kind of relationship entirely, one in which I was a brand advocate who carried their tote bags and used the app to record voice notes and converted my coworkers to paying customers. They added features upon features that I simply did not need. Sharing content became difficult outside the app. I was looking for a more casual relationship with my notes, one that was organized and shareable.

As with all things content, with only minimal organization, my Evernote app became unwieldy. My freelance notes mingled with my grocery lists, and it was a pain to get everything back in order, either out of my own laziness or lack of features.

And then came the pop-ups. Every time I logged in, I couldn't just start a fresh page without clicking through a pop-up. My go-to notes app became an annoyance, and my budget didn't accommodate what felt like a costly premium subscription for features I did not use.

I've spent the past five or so years trying and failing to find a replacement mobile-to-desktop scratchpad. What I tried:

And then I found Craft.

Craft at a glance

Please note: The Craft in this review is the note-taking app, not Craft CMS, the sportswear brand, or Tom Collicchio's flagship restaurant.

Craft is a note-taking app built for digital creators, making structured content annotations and links among notes a snap. Like Notion and Workflowy, Craft organizes content through connected links within highly customizable collections. It's a downloadable app for iOS and Mac, so logging quick notes means far less fussing with magic links and logins. (It also means you're SOL if you're not a Mac person, but hoping more PC & Android support comes soon.)

Craft is banking heavily on its interoperability, and I'm all in. It already imports metadata smoothly from Spotify and photo apps, which works well when I want. I can see it becoming something like a personal CMS, where my journalish notes on culture can live alongside newsletter drafts and sketches for projects or dream RPG characters that no one but me will ever see.

According to this other review, Craft is a Zettlekasten method of notetaking, which just means notes with hyperlinks. It's built as blocks of content instead of unstructured docs. Accessing a blank page is easy, but otherwise it's not trying to be a paper notebook. Like Obsidian, Roam, and Notion, it's a digital system for digital thinkers...who also like a quick link to a blank page.

Built on the idea that structured data is helpful for maintaining content long-term, Craft imports and exports metadata and makes appending your own links and connections among notes borderline intuitive. (Of course long-term organization takes effort, always.)

One of my favorite features: Craft shares content more gracefully across apps, devices and formats than any content app I've ever used. I jotted my Best of 2021 lists in the mobile app and shared to my Insta stories in seconds, without excessive copy-pasting and formatting.

With each note, Craft also creates a temporary secret link so you can share quickly like a Google Doc with its links already set to accessible-with-the-link. See?

The best part? All the most helpful features in Craft are currently free, with the exception of document search. I subscribe to the professional plan because I support the product, not because I was running into popups and paywalls.

I'm still using Ulysses for this newsletter because it directly integrates with Ghost, but I may switch exclusively to Craft, which has a beta Ghost extension. Craft supports all Markdown formatting, whereas Ulysses' Markdown support is annoyingly partial. I can't bold and italic with Markdown in Ulysses because its designers subscribe to a puritan Plain Text Is Best philosophy. (Formatting helps people read, y'all.)

I recommend Craft for:

Based on their sparse website, I don't expect to Craft to go in Evernote's lifestyle brand direction. Instead, as with most open source software, I expect more connections and features built based on the needs and desires of its users. 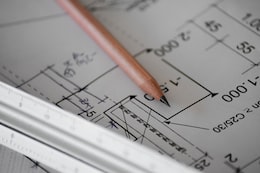 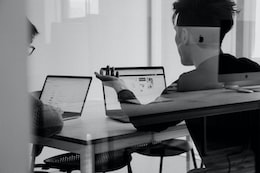