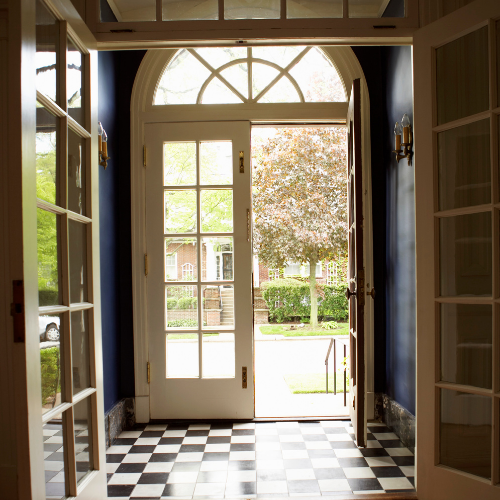 One way to democratize the media: Know when to use behavioral data and when to use demographic data in audience development.

A modified version of this post originally appeared in the June 11, 2020 issue with the email subject line "The code of 'affluence.'"

One way to democratize the media: Know when to use behavioral data and when to use demographic data in audience development.

Just under a decade ago, a white woman was launching a local magazine about Minnesota. I looked at her magazine and asked where the people of color were, in the bylines and in the photos. “Well, just look at the data. Minnesota is 84% white.”

I don’t want to put words in her mouth, but she implied that she didn’t need to have representation from people of color for her publication to be successful.

I didn’t have the language for it then, but I would like to have told her that I don’t buy magazines whose photos and bylines don’t look diverse. If she said that to me today, I probably would have added that she was implying that white people don’t buy or won’t read media about BIPOC and so they do not need to be represented in any way, which is some racist bullshit that publishers have been saying for years.*

That magazine failed for a number of reasons, and I continued not to buy magazines whose photos and bylines weren’t diverse, which led to me… not buying most magazines!

*I would also send her plenty of other people who have written about this very issue, whose scholarship I’ve internalized and want to give due credit to, but it’s almost 4pm and I’ve gotta send this newsletter today. I’ll look to include next week.

Years later, I was working with another magazine publisher, also a white woman with a formidable and powerful career.

“I don’t believe in behavioral data,” this magazine publisher told me. “We’ve always been able to sell better with demographic data.”

I was taken aback, considering I was working on setting up better behavioral analytics for her publication’s digital presence and she basically told me she didn’t value my work.

But I’d heard the same from media buyers at agencies and marketing teams at brands: demographic data was easier to sell and use, mostly because everyone has access to it and understands it.

Thanks to the glorious institution that is the U.S. Census, we all have access to demographic data. We can look at that data and say, “We know which population who has the most people and where they live and how much money they have.”

Even when you’re not using race as an explicit identifier, the way that white-owned and operated media uses demographic data reeks of racism. Most know that it’s illegal to remove race-based groups from advertising targeting, as Facebook learned in 2016.

But white-owned media companies exclude minorities in other ways, yielding demographic data like some Excalibur of equity when it’s really just a dull butter knife.

Here are a couple of examples I’ve seen in the past decade:

“Progressive” white women have been using this tactic in news and media for decades. You can always look at the statistic and say, “The world technically has more women than men, so let’s not ignore 50% of the population.” If you look at the history of magazines, sales have relied on that data point: there are a lot of women, and women have financial power.

In my experience, many white women stop there when it comes to data-driven disparities. I’ve certainly used it when arguing against sexism: “There are as many women as there are men so women’s voices are worth publishing.”

(Never mind that I’m pissed that we have to say that in the first place, but we’re talking about racism so we’re going to put sexism aside for the rest of this discussion.)

I hear “we’re 50%” at women in business luncheons, and I’ve heard it from as many white women publishers, editors and marketing leaders as I can count on my hands. I’ve then heard those same women ignore their colleagues when they bring up racism, or say something along the lines of “Our audience isn’t ready for that.”

When white women bring up the 50% statistic and stop there, we’re building the power that grows from statistic on the backs of women of color who are also represented in that 50%.

Positing that women are only deserving of human decency and fair treatment because we make up half of the population erases all of the women minorities — Black, Indigenous, Latinx, Asian, immigrants — who have been imprisoned, killed, disenfranchised, hurt, overpenalized and underrewarded by systematic racism.

So, white women: let’s not use 50% as the winner-take-all, more is better methodology when we’re fighting sexism with data. Let’s instead talk about how people deserve equal treatment and representation, no matter what percentage of the population they are.

The problem of “affluent” as a target audience

Household income, often abbreviated as HHI, remains a focal point in media kits for major lifestyle publications and, well… it’s problematic. Yes, the amount of money that a person is able to earn indicates that they will eventually be able to spend that money, but racial inequalities already affect income across all wage levels.

There are plenty of affluent Black people, and it’s racist to think otherwise. And there are cities in the U.S. where there’s more wealth equality among races than in Minneapolis. But even in cities with a large affluent Black population like Atlanta, there’s still a massive wealth disparity by race in the U.S.

Some U.S. Census data to prove it:

Using a high HHI or the more generic descriptor of affluence as a point of pride in your media kit or audience development is inherently racist, unless you are certain it accurately represents a diverse audience that includes BIPOC.

Only geotargeting postal codes in white neighborhoods for your direct mail or programmatic display ads is inherently racist.

When someone in a meeting brings up that affluence and zip code-level targeting may actually be pretty racist when ya really think about it, my experience is that executives shrug that argument away.

Then, when you ask why BIPOC are underrepresented or tokenized in photos or underrepresented in editorial staff, they say, “Well, our audience is mostly white because of the affluent HHI we’re targeting.”

In that way, “affluent” becomes short-hand for “white.”

It happens. All. The. Fucking. Time. And it’s textbook racism.

What can you do instead?

How to switch to a behavioral analytics mindset

Does your company use demographic data as part of the target audience descriptors or media buys? Shift by calculating and publishing these metrics instead.

Through common analytics tools like Google Analytics, you can determine behaviors on your own digital media properties, like:

When diving deeper into your subscription analytics, think about:

You can also survey your audiences or potential audiences! Literally, ask them what they want to see more of, from advertisers and in editorial. Use that information responsibly, and remember not to just listen to Karen from the comments section cos she’s the loudest.

You don’t need to have in-depth user profile information on every single customer to be a successful brand or publication, and as a consumer, I’d prefer it if you anonymized any personal data you collect from me, please and thank you.

Many behavioral analytics systems market development or individual user profiles, and they are fucken creepy. Don’t follow people around. You don’t need that kind of data! You only need anonymized aggregate data, still, even when you’re not targeting HHI.

When to use demographic data

Use demographic data in audience development or marketing/advertising if you’re advocating for:

And if you’re buying media or looking for partnerships

Here’s another article that talks about why demographic data is not that great, even though it doesn’t talk directly about racism. Just some more food for thought.

If you think this approach won’t work, look at Netflix. Netflix not only has superior tech but also saw so much unifying potential in making content for a wide, diverse audience base that can still be considered “general interest.” It upended years of studio insistence that white people don’t see movies with POC. One day I’ll go deeper here… but there’s plenty of proof out there if you start with Netflix.

These are just some ideas! You may have more! Please, shout at me or comment.

Shorthand review: Step away from the PDF

The ultimate guide to better branded SEO in only 5 steps 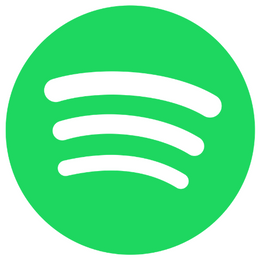 How to diversify your algorithmic Spotify playlists

My experience with Minneapolis, racism and the aftermath of George Floyd's murder