a month ago by Deborah Carver — 9 min read

As we exit 2022 and enter into our new world of "generative AI," I recommend establishing a new framework for content evaluation: The Wahlburgers–First Cow continuum.

This essay originally was published on December 29, 2022, with the email subject line "CT No. 148: Autocorrect ground beef."

Since I cut my TV cord in '06, I've been happy to spend my vacations doomscrolling the old-fashioned way: in the bowels of the "guide" section of the smart TV, trying to figure out which of the 500+ channels is worth watching. Wherever I travel, the local communications terroir provides endless vacation joy, a peek into the different shades of American mass communications.

And Southern California, with its century-old comms industry and ostensibly the most kooks per capita of any metro area on earth, consistently provides the best local television tourism. In one short viewing session, you can experience ads for cults and commercials promoting nothing but Jesus; locally produced TV that feels straight out of 1985; and the most bonkers selection of political commercials in America.

That’s why in late August, around 9pm Pacific Time, when everyone had gone to bed at home, I was in scanning the stations hidden deep in the satellite TV guide. Empowered by the endless iterations of cannabis legally available in Pasadena these days, I DMed an old friend, a former Angeleno similarly delighted and disgusted by California culture. We've talked endlessly about Southern California's local TV, so I thought they would be interested to know my latest finding:

"Did you know there is a channel that only shows Wahlburgers?"

It's OK if you don't know what Wahlburgers is. According to Google Trends, its cultural awareness falls significantly below other niche burger chains like Shake Shack and In-N-Out. If challenged to name famous American TV/business families, it's unlikely the Wahlbergs would be mentioned along with the Kardashians or the Hiltons.

Depending on the context, Wahlburgers usually refers to either a small chain of hamburger restaurants owned by A-list actor Mark Walhberg's family, or the reality television show about the family's experience running the small chain of hamburger restaurants. A multidisciplinary hodgepodge of cultural engineering, what makes Wahlburgers most notable is its commitment to mid among the spectra of the American family entertainment business: average burgers, generic family business reality TV, and content so mediocre only a satellite TV channel will run it regularly.

While you might rightfully not consider Wahlburgers worth remembering, my phone certainly does. In fact, it knew the word "Wahlburgers" before I could confirm its spelling. By the time I got to the H, my autocorrect filled in the whole word, capital letters and all.

I indulged in the conspiracy theories about phones listening in and privacy, along with my knowledge of how ad targeting, autocorrect, and language models work. It's not like I'd said the word “Wahlburgers” aloud, but my phone seemed to know the mediocre channel had caught my attention.

For the remainder of my California vacation and into the weeks that followed, whenever I typed a word beginning with "w," such as "want" or "what" or "whatever," my phone corrected me. Excuse me, my iPhone insisted across texting and all the apps, I think you mean Wahlburgers. All the W words are Wahlburgers now.

For the next few days I made the LA rounds, from Pasadena to Venice to West Hollywood to Malibu to Goleta to Glendale. In the many hours in the car, I pondered: How exactly did my phone already know Wahlburgers? Did Apple have a deal with AMC television, the network that originally ran the TV show? Does autocorrect come attached to a Complete Dictionary of American Brands? Does this have anything to do with ad tech and digital surveillance? 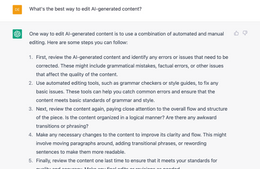 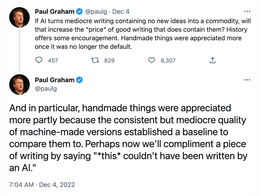