a month ago by Deborah Carver — 11 min read

Machine-generated language can get you started, but the qualities that make writing resonant with audiences require a human touch. That’s where you come in, content strategist.

This essay originally was published on January 5, 2023, with the email subject line "CT No.149: How to edit AI-generated content."

Disclaimer: I have had a friendly relationship with the team from Writer since 2020, primarily because they’ve supported and read The Content Technologist, and because they have an awesome online style guide builder that recently evolved to include an AI-generated writing tool. Last year I became a partner with Writer because I use their tool in my consulting work and recommend it to clients.

Some traditional news publications would consider my affiliation with Writer to be a conflict of interest. Good thing I’m not writing for them and make my own rules! As part of The Content Technologist’s mission, I want to see thoughtfully made products connected with thoughtful people. Also in full disclosure, I’ve made zero dollars from my partnership via this newsletter, and I don’t expect to make affiliate income from this content. I wrote this essay to explore editing AI at an expert level, and if I didn’t include Writer I’d be a fool. But this is it: the full disclosure. I’m friends with Writer, and if you would like to try their product, there’s a link at the end of the essay.

If it hasn’t happened yet, expect the communication soon. Someone, perhaps a junior employee, perhaps an executive, will shoot you an email asking “Can you look this over? I used one of those AI tools to write this.” The copy will look good, more coherent and fleshed out than you’re used to seeing from this colleague who excels at interpersonal communication but struggles with writing.

When you’re giving feedback, you’re trying to be supportive. After all, this isn’t a 1970s newsroom filled with irate editors, red pens and bathroom sobbing; you’re trying to create a collegial environment where your coworkers enjoy their work. You also kinda like that people are now coming to you for advice on their writing. In the past you stayed late writing the whole thing from scratch. Now your colleagues are doing the writing themselves, kinda, and that’s a good thing.

So what should you look for in that machine-assisted copy? All-in-all, the text feels a little weird, a little off. You’re not sure what aspects of the content originated from your coworker and which came from the AI. But you’re glad they came to you first, and you’re excited to revisit the editorial skills you honed earlier in your career. So let’s get to editing.

Just as humans rely on comfortable clichés and repetition when writing and speaking, computer-generated content leans on familiar patterns and templated sequences. AI-powered language generators work like the “clone stamp” function in Photoshop: the tool perceives patterns in their training data and makes its best attempt at mimicry, filling in the gaps in the image as a whole. As with the clone stamp, the “magic” fix requires detail-focused after-stamp cleanup to professionalize the final product.

How should you edit your colleague’s AI-generated content? Let’s jump on the trend train and ask the machines.

The process of building this review

For this essay, I consulted five natural language generation tools: Writer, Copysmith, Lex, Jasper and ChatGPT.* Beginning with the prompt, “What's the best way to edit AI-generated content?” I followed each tool's templates and processes to generate about 500-1000 words each on the subject.

Their responses revealed that machine-generated content can parrot awareness of its own weaknesses to an extent. But the output universally lacks finesse, resembling student term papers instead of professional writing. These tools weren’t trained on Dorothy Parker and James Baldwin, or even on Bob Woodward, Sophie Kinsella or Alexander McCall Smith. They were trained on the morass of the web: hastily produced marketing copy, half-assed arguments, forum flame wars, academic jargon, STEM-heads who never valued rhetoric or syntax, and far too many 1,000-word-count blog posts that ultimately say nothing.

That’s not to say the output of machine-generated language is universally bad. Quite the contrary: like a recent MBA at their first internal marketing presentation, AI generators spit out a lot of words quickly, but they ultimately spout some valuable knowledge amid the clutter. I estimate 20-35% of the AI-generated language is useful, adding phrasing and ideas that may not have been considered in an initial draft or outline.

But the qualities that make writing resonant with audiences are largely absent from AI generators and require a human touch to make better. That’s where you come in, content strategist. You’re not just a copywriting monkey anymore.

*Technically I also looked at Copy.ai, but its answers were so wildly different than the other tools, including them in this essay would have added an extra 500 words and about ten more tangents. Congrats, Copy.ai, you’re the outlier.

Here’s how AI-generated text tools recommend they should be edited:

The generic suggestions written below were generated by AI-text generation tools, but I’ve edited significantly and added far more detail. The wording is mine unless otherwise indicated.

In reality, you’re not really editing machine generated text; you’re co-writing with a robot partner. The output is much better when you’re using a tool that provides step-by-step templating options (Writer, Jasper, Copy.ai) and options to rewrite the text in multiple styles. If you want the text to be good, be prepared for the following steps:

Whether you think machine-generated content is the best thing since sliced bread or you think it’s a bunch of fodder with minimal originality, AI-generated text is guaranteed to give editorial enthusiasts plenty of work in the next couple of years. And keep in mind: Not everyone is as strong in writing and editing in your native language as you are, and these tools help many people who struggle with writing at the pace business demands. Let’s hope this technology makes business writing better. Let’s make it as fun and impactful as we can, and remember: the technology is supposed to make your life easier.

**Nothing is original: I wrote my intro before prompting the tool, and we all arrive at the same clichés eventually

Tools reviewed in this article

Presented in order of my preference based on output quality. Your mileage may vary. 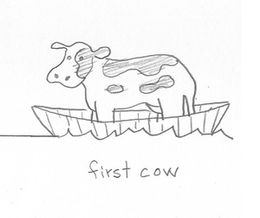