Google Analytics 4: What content strategists and analysts need to know

Google Analytics 4 will likely change how the web approaches content measurement, and content strategists and marketers should take note: these are changes for the better.

A modified version of this post originally appeared in the October 15, 2020 issue with the email subject line "The brand new Google Analytics 4 and what it means for content analysts."

On October 14, 2020, Google announced the new user interface for its immensely popular free web analytics tool. Google Analytics 4 will likely change how the web approaches content measurement, and content strategists and marketers should take note: these are changes for the better.

The new Google Analytics 4 will eventually replace the Universal Analytics setup that was introduced in 2012. I’m sure it will be at least two years until most companies fully transition to Analytics 4, but eventually the old UI most likely be deprecated and permanently replaced.

Google’s been testing the interface for about a year, in a feature called Web + App, but I’ve previously ignored because I only use Web and not App. The new setup is still technically in Beta.

You can transition to the new GA4 today, while maintaining your old Universal Analytics profile. Run them both concurrently, especially since GA4 will only start populating data from the day you install it. Almost no one’s going to have GA4 data from before October 14, 2020.

You probably don’t have brain space to learn a new analytics tool in 2020. I don’t blame you. But one day, I advise getting to know content analytics standards so you can read and react to the new platform.

Or you can ignore it and let someone else make the decisions for you. That works when you have an analytics partner you trust. But that’s not the case in many organizations.

What are the long-term implications of the GA4 interface?

Google Analytics is the standard for web analytics, and we’ll all eventually follow the slight shift in terminology and reporting because the Googadook lives in our house.

Because Google Analytics is free — and that’s really where they getcha — it’s the single best benchmark for comparative performance on the web. I trust that Google Analytics numbers are collected the same from website to website. They’re more reliable than ComScore numbers as far as I’m concerned.

Although it’s in the midst of an antitrust investigation, GA4 is clearly trying to ape Parsely’s and Chartbeat’s focus on actively engaged users and real-time content analytics. That’s not to say GA4 will replace either of those publishing-focused tools, but when you’re looking to cut costs, if you have two sets of software that measure almost exactly the same metrics, and one is free, well…

The new interface puts equivalent weight on real-time, content lifecycle and audience analysis, which will likely be a boon to most devoted marketing and analysts in the long-run. The cookieless setup and privacy compliance are also excellent developments for the web in the long run.

As a publisher and consultant: the most immediate advantage is automated events tracking. No more hiring a custom analytics consultant, creating a detailed taxonomy for outside link clicks, or deciphering what qualifies as a non-interaction event for basic tracking tasks: the new GA tags your site right off the bat.

But after setup, the out-of-the-box advantages are not as apparent. Custom reports need to be constructed. You still need to know a fair number of specific definitions and customized terms to make GA4 make sense.

You should start collecting data for Google Analytics 4 ASAP.

Set up Google Analytics 4 now so you can start collecting data. The new interface doesn’t analyze retroactively, so it will only collect data beginning on the day you set it up. You can return to your custom reports and actually using GA4 later, but just get the data in there as soon as you can.

For a long time — probably two years, I’m guessing — you’re going to be toggling between reports in Universal Analytics and Google Analytics 4 as your teams get up to speed on the new setup. I don’t think you need to learn the intricacies of GA4 just yet, but again: start filling it with data and it’ll be there for you when you’re ready to switch.

In the meantime, if you don’t understand Google Analytics already, now’s your time to start anew.

Some important concepts that are carrying over include metrics, dimensions, events, sessions, channel, source, medium, and scroll depth. Spend your time learning what those mean in the context of a website, and you’ll be in a good spot to get to know GA4 once data populates in your new property. 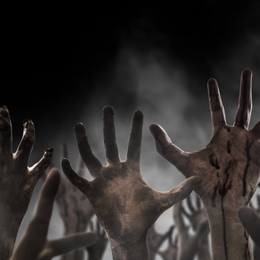 Combatting zombie links: Fixing 404s and 301s like an SEO

The bridge between product UX writers and developers: Strings review