a year ago by Deborah Carver — 11 min read

A version of this introduction originally appeared in the October 8, 2020 issue with the subject line "Saving the web from a flesh-eating disease of our own making" with an introduction to a Halloween writing series a review of UX content writing tool Strings.

It all started with a surplus of cursed lemongrass.

After the abundance of late summer, October farmers’ market selections in the Twin Cities slim out significantly. Aside from ubiquitous Honeycrisp apples and sad end-of-season tomatoes, we’re mostly left with roots, tubers and cabbage. To cheer myself up in the flavor desert, I snagged a massive bundle of southeast Asian staple lemongrass for a mere $2.

My initial recipe inspiration — ginger lemongrass carrot soup — used but one stalk! I had purchased eight. It’s lean times, I thought, and life bequeathed me lemongrass. Surely I could squeeze some value from the excess.

Little did I know the horror waiting in store for me.

I know enough about blind recipe searches to know that I should really rely on trusted sites, especially for unfamiliar recipes. I’ve certainly made some duds from unproven food blogs. But ah! some ideas! I tapped on a promising collection from a familiar media brand that had served me well in the past: 38 lemongrass recipe ideas. I barely loaded the navigation bar when…

No worries, I thought, my trusty laptop computer will be able to handle this household food media brand’s recipe ideas collection.

After all, I’d optimized recipe collections just like this one for several household food brands and media companies. This brand sat atop search results for a reason: its high-quality content and well-rated recipes around lemongrass.

I clicked into the gaggle of Thai- and Vietnamese-inspired dishes. And I waited.

After a few seconds I impatiently scrolled down to the first recipe in the collection, whose image was a bit blurry because no CDN? homegrown media company servers? Anyway, the header text indicated a beef recipe and I try not to eat too much beef so I kept scrolling.

Imagine my horror when, after several severals of seconds the website was not fully loaded.

Suddenly my eyes began to twitch. All the pictures on the website flashed, as if my vision was blurred.

Every time I’d scroll to an image or recipe the content would shift downward or rightward or off my screen as a new content block loaded.

I bet the ad is taking so long to load because it’s personalized, I thought. It will certainly be an ad relevant to my interests, perhaps additional lemongrass recipes or maybe a cool plastic kitchen gadget like a 3D-printed lemongrass-shaped box to store spare lemongrass.

The bridge between product UX writers and developers: Strings review 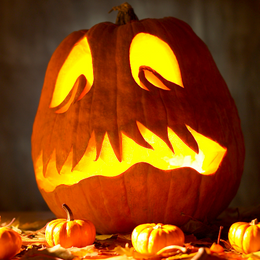