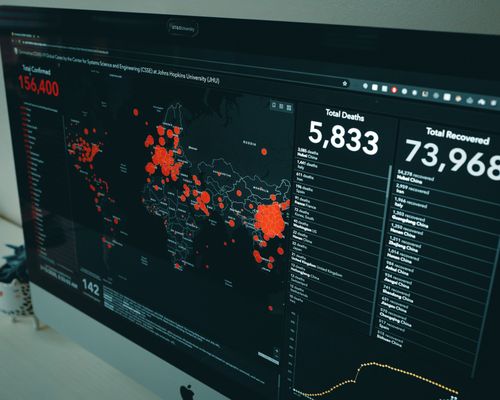 In marketing analytics, we look at rates all the time: bounce rates, conversion rates, clickthrough rates. Rates represent two absolute numbers compared, one number relative to another. We can provide context for those rates and use them to tell a defined story.

A version of this post originally appeared in the April 23, 2020 issue of The Content Technologist with the email subject line "How do you rate."

The chorus of friends who show up in this newsletter once in a while, along with their friends, all of us are very into the new Fiona Apple record, Fetch the Bolt Cutters. Most of us grew up with Fiona, witnessed her processing trauma through music in a way that started out melodic and grew more percussive with every release. Did you think the teenager who declared “This world is bullshit” on an awards show stage would be a middle-aged woman writing a record that’s somehow more rebellious?

My very favorite lyric on the record from the song “Heavy Balloon”:

Who know you could say “peas and beans” like that and sound so revolutionary?

The lyric reminds me of Adrienne Maree Brown’s Emergent Strategy, wherein Brown discusses natural propagation, mushrooms that thrive and grow faster than any human social network, birds that congregate and migrate and fly halfway around the world in evolutionary rhythms that are so beyond natural human behavior. My main takeaway from Emergent Strategy: although we try to force social change through the ersatz systems humans have built, through media stories and politics, the most effective methods for building momentum for change mimic those natural processes. Growth and connection from below is more more effective than commandeering the story.

I hate ceding the brilliance of Adrienne Maree Brown over to this man, but it is ultimately a similar conclusion. Jurassic Park is how words-and-sometimes-math people who are not interested in biology wind up learning about evolution.

Which, of course, is what we’re experiencing now, in a much more forceful, horrific way. The virus is a virus. The virus is not capitalism or humanity or any other grand statement. The virus is life, living. The systems we have just do not support the virus’ effects.

This week I read a thread of Tweeted emails* from Columbia University’s chief of surgery Dr. Craig Smith (via the always amazing Deez Links). Dr. Smith’s emails combine medical insight with . His April 21 email talks about the reproduction rate by which the virus is measured, R0 or “r naught.” Dr. Smith writes, “If R0=2, each infected person infects two others… Simplicity ends there. R0 is not a rate.”

Dr. Smith’s point: the word “rate” is insufficient to describe much about the Rona except to compare it to other diseases or estimate its scale. “Rate” implies definitive results, controlled conditions, an easily described context. In a pandemic with a new virus, we have none of those. All we have are data that point us toward an idea of what the R0 might be, the R0 that isn’t even really a rate because life can’t actually be calculated.

*The Content Technologist does not officially support “a thread of Tweeted emails” as a sustainable content type, but we give a pass to Columbia University and Dr. Smith for the work they’re doing in saving New York in an immense public health crisis.

In marketing analytics, we look at rates all the time: bounce rates, conversion rates, clickthrough rates. Rates represent two absolute numbers compared, one number relative to another. We can provide context for those rates and use them to tell a defined story.

The word “rate” in content marketing is used to describe behavior, how often people complete certain actions when presented with the choice. All good. But here’s how they tend to be used:

“What is a good open rate?” someone in leadership says. The open rate represents how many people open an email newsletter relative to the number that received it. “A good open rate” isn’t really a thing, but the executive wants to know we have one so he can run some numbers based on it.

Years ago, back when people used email very differently, an email analytics company ran a bunch of numbers, published a blog post on it, which was then republished on Statista. It was downloaded into marketing decks, repeated over and over again, and suddenly 21% becomes the benchmark email open rate to beat for like a decade. No one talks about what the rate is, or that it’s a comparison between two numbers. The executive keeps it in their head for years that less than 21% is bad and more than 21% is good.

Those rates are reported in monthly meetings, pitch decks, quarterly goals. Business decisions are made on that Googled benchmark open rate from a decade ago, which stuck in some exec’s head as the world all-time benchmark for email.

Underperforming open rates mean an email is modified or cut entirely. Maybe the email editor’s job is lost. Work is made or lost because of those repeated meaningless rates, codified in a search engine (or before the search engine, an encyclopedia or textbook).

Even rates in controlled conditions, when described in context, are shaky concepts. They can predict a trend one way or another. But at their best they’re just numbers, a step in a larger narrative. At their worst, they’re repeated and passed on and misunderstood and used to make decisions that affect people’s livelihoods.

My point: Even the simplest of calculations contains a constructed and codified story that belies their efficiency. When we’re making decisions based on those calculations, decisions that affect other humans’ livelihoods, before we decide on the “right” answer, we should understand the story and expertise behind the calculation — whether the calculation is a simple open rate or a complex algorithm.

All of us who said “more people die from the flu!” (myself included, I said that) had no idea what we were talking about. You can’t just Google the R0 and find it on Statista and be done with it.

Although it’s inefficient language-wise, I’m hoping that our current collective holding of breath results in slower stories, more caveats. We’ve been pushing for efficiency in production, in reporting, in dehumanized phrases like “digital outcomes” that we forget what’s underneath all those graphs and numbers: voice, emotion, movement, living.

The numbers are still massively important. They can tell us trends, isolate where the disease might be, provide us absolutes. But the numbers are still encased in words like “rates.” Numbers and words, however precise they might be, are descriptive tools, and we’re always traversing caverns of meaning between our descriptions and life itself.

And yet we grow toward new expression, like strawberries, peas and beans.

Coronavirus-era clichés to use and avoid 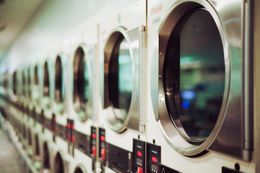