A phantom that may be the next big indie publisher CMS: Ghost review

Ghost is an open-source content management system that is clearly inspired by the best features of Wordpress. Read The Content Technologist review.

This post originally appeared in the October 31, 2019 issue with the email subject line "Things That Scare Me" and a collection of digital content business fears.

NB: The plural of CMS is CMS and that is that.

In June, gung ho about getting my marketing ducks aligned, I wrote about reviewing content management systems — and then I made a hard left into paying gigs that left no time for casual exploration and brand development. A month ago I imagined that I'd pay someone to build a Wordpress or Craft CMS site, since I lost interest in building my own WordPress sites a few years ago.

Released in 2013, Ghost is an open-source content management system. Ghost 3.0 was just released last week, with many snazzy new features. It is clearly inspired by the very best features of Wordpress, the posts and the pages clearly labeled and easily managed by non-technical users. And like most CMS updated in the last 3-4 years, the editor borrows from the Medium experience: the writing interface is basic, bold, focused. No clunky extras.

But Ghost runs as if Wordpress has shed its earthly body. Ghost has no added bulk, no added mundane baggage, no effing plugins. There is no need for Yoast on Ghost, as basic SEO concepts (titles, metas, redirects, canonicals) are built into the system. Users are encouraged to build Zapier connections for common tools.

And Ghost has Dark Mode.

Ghost at a glance

Like WordPress or Squarespace, Ghost offers a variety of free and premium themes easily installed within the CMS. Unlike Wordpress or Squarespace, users need to know some code if they want to customize those themes. I am just making a few tweaks to colors in the CSS files, but if you actually want to customize your Ghost theme (or just make your own), I recommend hiring a front-end developer.

Jeepers creepers, the writing and management experience in Ghost is slick! The CMS comes pre-loaded with a set of seven instructive blog posts that point users to tool features. For those used to working in other CMS, those blog posts highlight the nuances of the Ghost back-end while demonstrating what content looks like. Those posts disappear once you actively choose to delete the Ghost author from the site.

Some other writing features:

The tagging system is delightfully elastic, far better than any structured hierarchy. Posts aren't confined to unnecessarily rigid folders or categories. If you tag a post eight times, it shows up in all of those feeds... unless you use a Hidden tag, in which case it's still categorized that way, but users aren't going to find the tag. Hidden tags are glorious for those of us who like to stay organized but not bog down users with the paradox of choice.

Oh yeah, and the whole reason I'm even looking at Ghost to begin with: it's designed to build membership-focused publications and subscriptions.

Ghost is not for n00bs! It’s low code, but not no code. It’s best for people who know enough to explain to their mother how digital content management works, who know a little bit of code and who aren't afraid to play around a little to personalize to their liking. And if you want to do anything other than build a membership-oriented publication, it's probably not for you!

The CMS itself is free, but if you want to host on Ghost's managed hosting services, you'll pay a small monthly fee. It's worth it for the site speed and the ease.

What Ghost brought back for me was the thrill and delight of creating a website from scratch. I ooohed and aaahed for an hour before I ran into my first real roadblock. It has enough features that I don't have to do more than brush up on my (v poor) CSS, but it gives me the flexibility to design content departments within a few basic templates.

That graphic makes me all tingly again just looking at it…

Ghost made me feel like a teenager again. It gave me hope in the delight of the internet during a week when my digital media world brought me very few glimmers of hope.

What scares me about the business of digital media: late 2019 edition 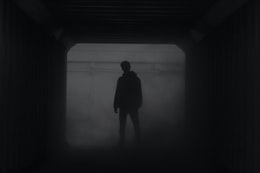