Don't anger potential fans with too much aggressive automation. Here's how to respect your customers' and subscribers' ability to consent.

The strangest people of 2022 are those who keep operating as they did before the decade began. Before America’s attempted coup, before the pandemic, before the protests that followed George Floyd’s murder—not only going about their business just as they did, but also continuing on as if their customers and audiences weren’t extraordinarily tired of new interfaces masquerading as fixes for very physical, real-world problems.

The tech barons accomplished their stated goal of connecting the world, and now we’re wading through the junk they left in their wake: the push notifications you never signed up for. The feeds of ire. The unsolicited DMs. The automated “scam likely” calls. The piles of wires and old machines and old models in landfills and “recycling.” And the claims of business triumph and exciting new frontiers as we slide into another recession.

While the garbage overload of tech-enabled messaging is certainly manageable, it’s harder to course correct for the cause. My filter is strong; I can solve for the symptoms. But no matter how often I smash that “spam” button on my emails or type “STOP” on those unsolicited texts, it’s not going to deter the folks who believe it’s a good idea to keep sending them because “it works.”

Because they are the strangest people of 2022: the ones who claim we’ve returned to business as usual, pushing the newest version of last decade’s tech missteps. You hear them at conferences, in digital communities, on LinkedIn. They’re the ones who complain excessively about Apple’s privacy changes, the ones who don’t understand why I’m not excited about setting up yet another public-facing user profile just to read an article. The ones who haven’t changed their tone on tech or marketing significantly since 2019—those are the ones who baffle me.

In the past two decades, on sales teams and in executive offices, somehow “don’t take no for an answer” collided with “fail fast.” As a result, we ended up with a bunch of fellas clutching their buyouts and bonuses, thinking, “Well, I made a bunch of people feel disrespected, exploited, and angered for no reason, over and over again, but at least I learned a valuable lesson about marketing: It attracts attention!”

These folks think only about the amount of messaging they can push outward through neverending automation. They see only that the automation can make them louder without considering how their message might be received.

But if we automate our content and forget about the user on the other end, we’re forcing a 20th century broadcast mindset on a 21st century medium, one where we never hear the audience respond or complain. We impose endless notifications upon an already frustrated audience: stop what you’re doing right now and read my new thing! It’s breaking! Never mind the boundaries that you’ve set for yourself, check out my new thing again!

Constantly pushing out nothingburger messaging on new channels ignores why many audiences ditched their magazines and newspapers in favor of digital media: Because the content was deeper, cleverer, more focused on individuals, less encumbered by the status quo, and, most importantly, not rotten with advertising pushes. Many people chose digital media because they felt they were creating along with the rest of the world, that the activity was happening because of them and not to them.

And yet, I still see marketers ignore the fact that only 25% of Apple customers worldwide want to opt into app tracking and personalization.* They complain about bare-minimum consumer protections and privacy regulations like GDPR and CCPA. They say things like, “Each consumer’s individual data is worth a fraction of a cent! I don’t know why they care so much about how we use that data.”

These folks remind me of dates with one-sided conversationalists, the ones who told you about their accomplishments but never bothered to listen to what you had to share. When you say no or express disinterest, they insult you or try to coerce you into staying longer. They weasel their way into your contacts and never take the hint when you won’t return their calls, when you don’t answer the door. You’re left screaming, “Can you please leave me alone?” until they depart. No one feels good at the end of it.

Similarly, aggressive automation across channels often ignores the audience’s right to politely refuse contact. Excessive messaging makes it easy to appear as if your brand can’t take a loss gracefully, that your content can’t stand on its own. If your potential customers ignore your seven emails, it’s not a good idea to hop into their text messages just because you had previously asked for their phone number on a form. Another ad, a sales email, a subject line “Are you still there?”— anything to catch the attention of the audience who has already said no—it reeks of desperation. 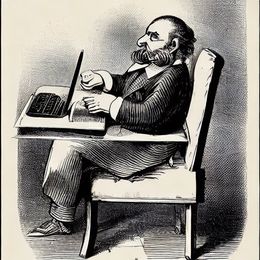 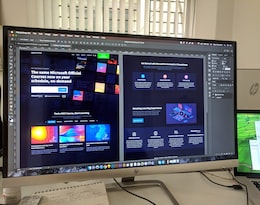