Ever wish for a tool where you could just write comments on a website, the way you can write on a piece of paper? Markup.io is that tool.

A version of this post originally appeared in the August 27, 2020 issue of with the email subject line "The tools I trust to mind my business" and an essay about my 2020 tech stack.

Have you ever had this digital conversation?

CONTENT STRATEGIST: Hey, you know the Featured Feature page? Can you maybe center the H2 in the second section submodule? I think it might be more impactful centered.

FRONT-END DEV: The one that says “About This Feature”?

Describing the location of content on a webpage has long been a part of web content life. (Admittedly, the above example is a bit ridiculous, but I’ve described feedback that way, and I’m willing to bet you have too.)

We use spreadsheets and emails for QA describing the location of our feedback, in addition to providing the feedback itself. Designers spend half the time trying to decipher what a stakeholder is talking about before even making the change to the text.

I have often wished for a tool where I could just write my comments on a website, the way I can just write design feedback on a piece of paper. And finally, all these years later, we have a solid tool that lets users pin content feedback to any live website: Markup.io.

Markup.io at a glance

The pinned feedback commenting system is similar to those in Figma, XD, and InVision, with teammate tagging and comment response. Markup.io also features:

Released in April 2020, Markup.io is currently free and usable for any live website (including dev sites) and uploaded images. Its website promises integrations with third-party tools in the near future, along with more project management features. (I also very much dig their simple but explanatory website.)

Many tools are entering the live website feedback/commenting space, including some similarly named, but Markup.io certainly has made the biggest splash since its launch, especially in our sudden transition to remote work.

I would recommend Markup.io for designers, content strategists, and developers having challenges communicating visual website feedback, especially among multiple teams.

I’d also suggest it to content strategists or agencies for their new business processes — with Markup.io you can comment in directly and clearly what you would change about a website without alerting the current creators or stepping on any toes. 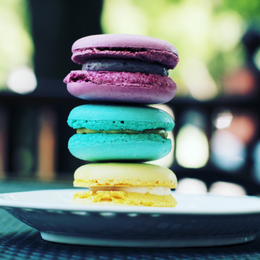 How to read the Google Search Console Insights report