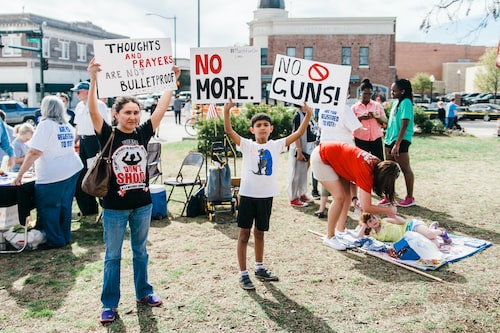 "If you don't like it, vote" has been the command from politicos for ages, whatever the issue. But the pro-gun control Senator I voted for after the Columbine massacre is President now, and by all metrics, gun violence has only gotten worse.

What do we do now? With all the feedback mechanisms for customer satisfaction and social listening, what if we put loudly pressure on private companies, the banks, insurance companies and communications giants who continue to donate to anti-gun control political candidates?

Most Fortune 500 companies are equipped with social listening software, survey mechanisms, customer complaint centers that use automated approaches to collect feedback. They use a basic natural language processing (NLP) technique known as sentiment analysis to understand customer complaints and react to the loudest, most common ones.

All those letters begging voters to show up, and the calls you make to ask your senators to support your causes? Shift your focus to the immense influence of corporations. Make it a business issue.

Actions you can take as a customer

If you're an active customer of a bank, insurance company, or communications company that supports politicians who block gun control, let them know you're upset. Take your business elsewhere if you can. Fill out the surveys, send emails to the executives, and take advantage of channels for customer feedback.

Open Secrets and Follow the Money are two resources that provide transparency into corporate donations to political parties. Check out your employer, phone company, cable company, bank, insurance providers. It doesn't matter that some corporations give almost equally to "both sides"; it matters that they stop funding candidates that block gun control measures.

Some major corporate donors to gun control candidates are:

Ask your banks what they are doing to divest from the gun market. Bring it up to your financial advisor. Make it evident that you don't want your wealth to support future attacks.

The power of the employee voice

Fun fact about what's known as The Great Resignation: Individual employees have more power at major companies than ever before.

That means your managers, your human resources department, your executive team, and your board are supposed to listen to you.

If you're an employee at a company that donates to candidates that block gun control, you have power. Human resources departments and executive leadership are well-equipped to listen to employees' complaints.

If you don't feel safe sending your child to school, and your employer gives money to politicians who block gun control, let your HR department know. You're making money for this company, and you don't want that money to continue the cycle of violence.

Most employers likely won't fire you for speaking up about gun control, since the odds are that the individuals in power also support gun control measures. Let your bosses and coworkers know that change is necessary.

Suggestions for agency and client-services companies

Are your clients still donating to politicians who block gun control? At an agency, you have less direct influence over anything but your client's marketing plans and editorial calendars, but you can still take action. Especially if you're at a director level position or higher, you can voice your support for gun control, for children's safety.

If you can afford to, you can always divest your services from the worst companies, but I understand that a sudden break is bad business, and that you're responsible for a team of people.

What can you do? You can always ask them where they stand, reintroducing the notion that consumers are increasingly paying attention to brand values.

Introduce your clients to new data narratives about gun control support in America. Remind brands that social media is in no way a democratically representative or accurately sampled data set. Instead, introduce them to higher quality public opinion data from sources like Pew:

Gun control is one of those situations where big stats should take the lead, especially when Gallup data echoes the Pew data: even though there are loud pro-Second Amendment voices on the internet and in media, most Americans believe there should be more gun control measures.

If you're executing content oriented toward social justice, such as Pride month content, use the opportunity to lead into other social change issues like gun control.

And if you're on a social media team, check out Movement Strategy's excellent Beyond the Black Square, released earlier this week (before Tuesday's tragic shooting), about how brands can align their social media with their political values:

Conversations you can have as a citizen

We can also be louder around the people who control the dollars. I'm not suggesting you argue with your pro-gun family members because that is a lost cause (I have tried, too). But you can encourage your similarly minded friends who work at corporations that throw money around to anti-gun control candidates.

Remember that anecdata is often given outsized influence when it's given in person: If you know executives and high-powered individuals at Fortune 500 corporations, if they're at your picnics and barbecues this holiday weekend, let them know that you're upset about Uvalde, about gun violence in America.

If they say, "Yeah, that's just how it is," let them know that children getting executed in school is not acceptable. Remind your executive friends that they have more power than the average American.

Be fucking strident about it. Make everyone uncomfortable for 15 minutes. It's ok to make other people uncomfortable for a few minutes if it prompts action down the line. You're adults who can process your emotions with all that resilience you've learned the past two years. Be upset, together, and then be friends again. Your conversation may stick.

Because we can't keep pretending democracy is some kind of strategy exercise or team sport. It's terrifying how much death we accept in the name of the American experiment.

And please please please: don't let the devil's advocate social media guys win. The ones who write "Evil people will find a way. Gun control won't do anything" on the day after a school massacre, they don't have any power. Social media overindexes for loud assholes. Don't give the commenters more attention, credit or annoyance than they deserve.

It's imperative that the majority must not be considered "silent." Let's make noise and take action where we'll be heard. We have to get creative about how we take action.

How I write and optimize each issue of The Content Technologist 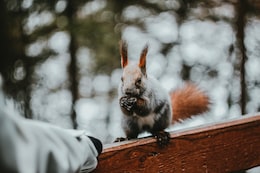